Athens. Greece. View of the southwest face of the Tower of the Winds, which shows the mythical figure of Lips driving before him the ornament from the stern of a ship. The Tower of the Winds, an octagonal hydraulic clock tower of Pentelic marble was built by the astronomer Andronikos Kyrristes in the 2nd or 1st century BC. On its conical roof was originally a bronze Triton weather vane which indicated the direction of the winds. Personifications of the eight winds are carved in relief at the top of each of the sides. The tower is on the eastern side of the ancient Roman Agora in Athens. 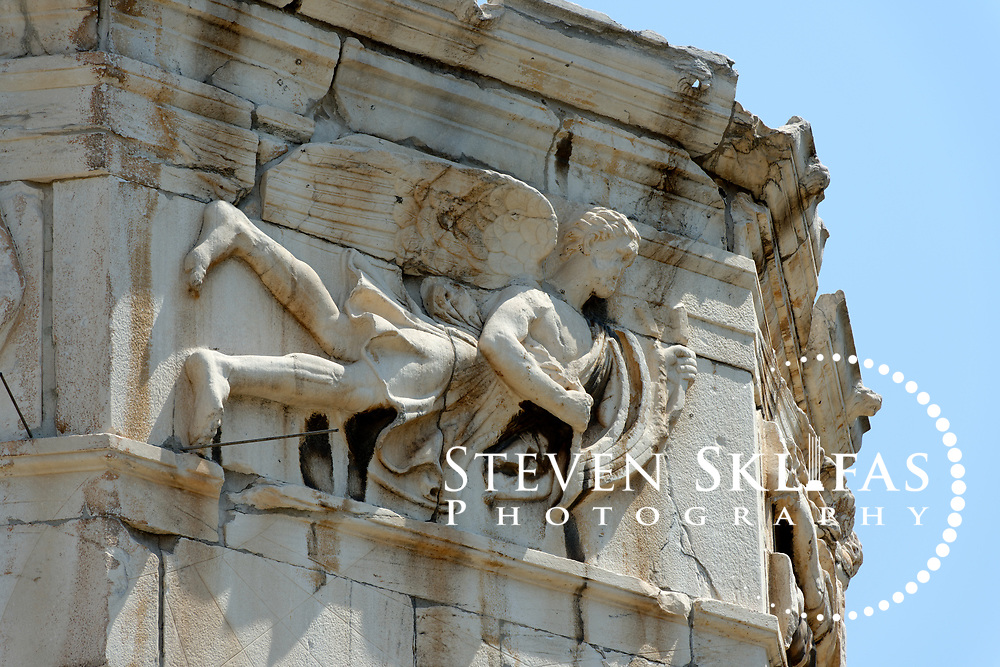